‘Experience of a lifetime’ for Branson! Virgin Galactic Successfully Completes the Space Voyage 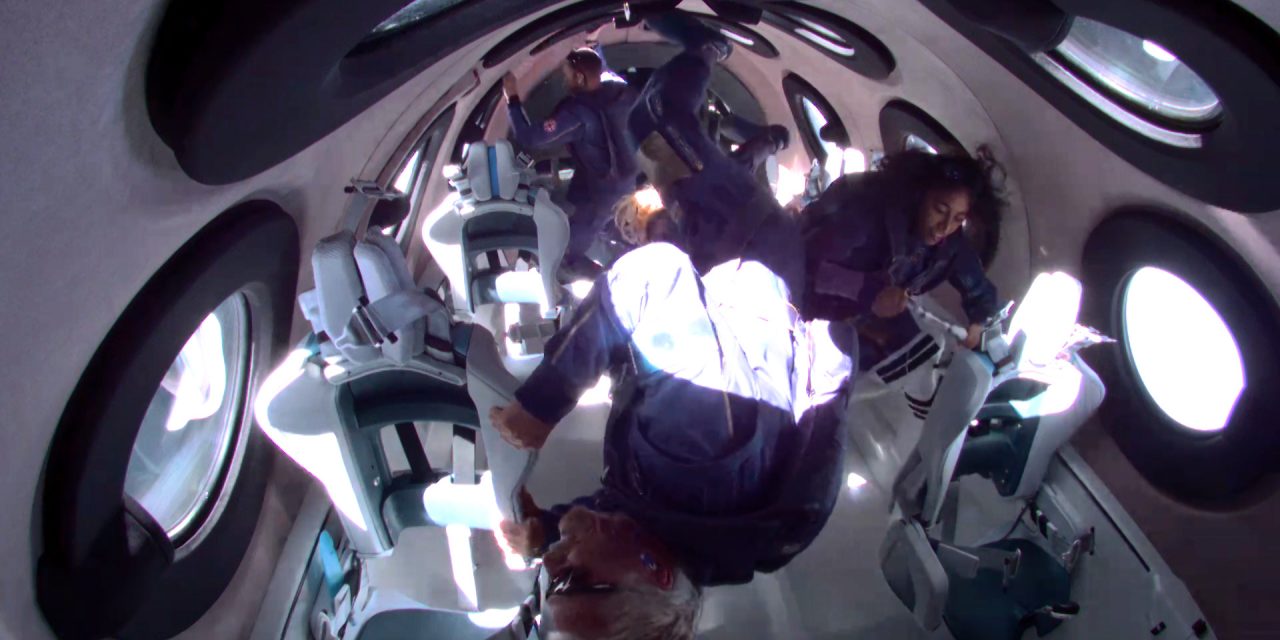 On Sunday, British billionaire Richard Branson flew into space aboard a Virgin Galactic vessel, he describes the voyage as the “experience of a lifetime.” He is overwhelmed on his achievement and also he is grateful and thankful to all his supporters and crew members.

Contents hide
1. About the Voyage
2. Richard and the rest of the crew happy and overwhelmed
3. About the Space Base
4. Paying passengers in 2022 for Space Voyage’s up-coming editions?
5. Competition Amid Space Tourism
6. Elon Musk Books a ticket to space with Virgin Galactic!

Unity22 reached a peak altitude of around 53 miles (85 kilometres) which is beyond the boundary of space, according to the United States, allowing the passengers to experience weightlessness and admire the Earth’s curvature.

The trip proceeded without any error, and touchdown occurred at around 9:40 am Mountain Time (15:40 GMT), about an hour after take-off. The mission’s success means Branson has beaten fellow billionaire Jeff Bezos in the race to be the first tycoon to cross the final frontier in a ship built by a company he founded.

The ship then re-entered the atmosphere, lowered its flexible wings and glided back to the runway.

Richard and the rest of the crew happy and overwhelmed

“It’s a beautiful day to go to space,” Richard wrote in a tweet earlier where he posted a video of himself biking to the base and meeting with his crewmates, all Virgin employees.

Check few tweets by Richard Branson on his successful trip

I have dreamt about this moment since I was a child, but going to space was more magical than I ever imagined https://t.co/Wyzj0nOBgX #Unity22 @virgingalactic pic.twitter.com/grs7vHAzca

Welcome to the dawn of a new space age #Unity22 @virgingalactic pic.twitter.com/Rlim1UGMkx

“Congratulations to all our wonderful team at Virgin Galactic for 17 years of hard, hard work to get us this far,”

-he said during a live feed as the VSS Unity spaceship glided back to Spaceport America in New Mexico.

Branson’s official role is to evaluate the private astronaut experience to enhance the journey for future clients.

About the Space Base

Sunday’s flight left from Spaceport America, a huge base built in the Jornada del Muerto desert, around 20 miles southeast of the nearest town, Truth or Consequences. Financed largely by the state of New Mexico, Virgin Galactic is the principal tenant.

After Sunday, Virgin Galactic plans two further flights, and then the start of regular commercial operations from early 2022. The ultimate goal is to conduct 400 flights per year.

Some 600 tickets have already been sold to people from 60 different countries — including Hollywood celebrities — for prices ranging from $200,000 to $250,000. And though, according to Branson, “space belongs to us all,” the opportunity for now remains the preserve of the privileged.

The competition in the space tourism sector, whose imminent rise has been announced for years, has come to a head this month. Bezos, the richest person in the world, is due to fly on July 20 on Blue Origin’s New Shepard rocket.

Blue Origin posted info graphic on Friday boasting the ways in which the experience it offers is superior. The principal point of the information said that-

“New Shepard climbs up to more than 60 miles in altitude, thus exceeding what is called the Karman line, the frontier of space according to international convention.”

Elon Musk Books a ticket to space with Virgin Galactic!

Musk who is also actively pursuing space tourism, has already bought his own ticket, with Richard Branson‘s Virgin Galactic. British billionaire Richard Branson strapped in and set off Sunday on his boldest adventure yet, a bid to reach space aboard his own winged rocket ship.

A spokesman for Virgin Galactic confirmed to a Journal that Musk had bought a ticket for his own space ride. Virgin Galactic has reported that its tickets have sold for $250,000 each, and the company has collected $80 million in sales and deposits.

Elon Musk as promised paid a visit to Branson before his trip to space; Richard shared an Instagram post with Musk and captioned it as, “Big day ahead. Great to start the morning with a friend. Feeling good, feeling excited, feeling ready.”