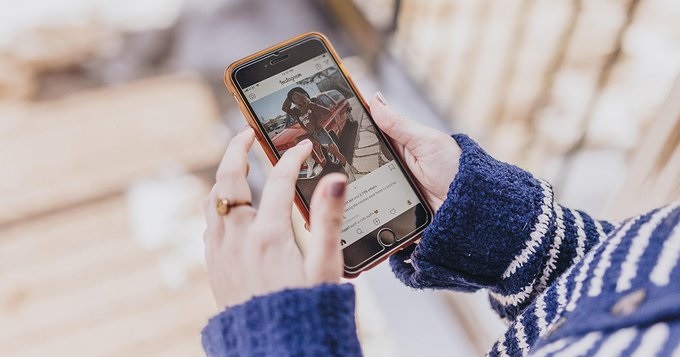 Mark Zuckerberg owned social media platform Instagram is mimicking TikTok and has launched TikTok-like Reels Remix feature on its platform. The feature is pretty similar to TikTok’s Duets feature that lets TikTokers interact with another person’s content while having their own content added to it.

The new feature will allow user to use an original video content from an existing Instagram user, add use their creativity to add their reaction on the side to make it truly interesting. On Wednesday, the platform sent out a tweet saying, “Now you can use the Remix feature in Reels to create your own reel next to one that already exists Performing arts. Whether you’re capturing your reaction, responding to friends or bringing your own magic to trends, Remix is another way to collab on Instagram.”

Whether you’re capturing your reaction, responding to friends or bringing your own magic to trends, Remix is another way to collab on Instagram ✨ pic.twitter.com/eU8x74Q3yf

Before we talk about how to make Instagram Remix Reels, let’s take a step back and look at its origin that came from video content sharing platform TikTok. TikTok duet was the company’s way of making its users feel more like a social media platform and added a layer of community over the previous one-sided video-creating and video-consumption experience. Users on TikTok sang, danced, reacted and interacted alongside another video from TikTok users. This included a reaction video of a performance, a recipe implementation on someone else’s video on how to cook something, or just an appreciation video for the creator.

Now that we know where the origins of Instagram Remix Reels come from, let’s take a look at how to use the feature to create the best Remix Reels you can.

To create a new Remix Reel, tap on the three-dot menu on a Reel you want to remix and select the “Remix the Reel” option. If you don’t see one, just update the app from the play store or wait for the option to be introduced as it’s slowly rolling out.

After clicking on Remix the Reel option, the screen you will be seeing will split into the original Reel you’ve chosen and a new one. On the new one you can start recording your reaction or implement your idea side by side with the original one.

Once finished, you will have the option to edit certain aspects of the remix such as the volume of the original reel, or the volume of your own audio. Instagram also gives its users an option to record their own voice over.

If you’re satisfied with what you’ve come up with, simply select the option to publish the Remix.

One should note that the feature is only available on the newly uploaded reels. So, if you’re looking to remix your older reels and do a duet, you will need to reupload them. You can also go back to your old Reel and enable Remix.

Your created Remix Reels will appear in the Reels tab where all of your other Reels are already stored. You can also find out whether someone has used your reels to remix through the Activity tab.

Meanwhile in another relevant development, Facebook owned Snapchat is also working on a similar feature and has been testing the feature called “Remix”. Much akin to Instagram, Remix will allow Snapchat users to create content using Snaps of their friends. Through this, a user will now be able to reply to a friend’s Snap by sending back a remixed Snap.

In the testing videos that have been making rounds on social media, Snapchat users are seen having a screen where they can combine Snaps using a plethora of options. This includes the option of combining snaps by side-to-side formats, bottom-to-bottom formats and more.

Recently Snapchat introduced one more TikTok like feature called Spotlight where users are given a screen a scrollable video feed. On its website, Snapchat writes, “Spotlight is the easiest way to discover the world of Snapchat in one place and see perspectives from across our community. It shines a light on the most entertaining Snaps, no matter who created them. Start exploring by swiping up and down to move between content.”