Lebanon: Woman with Toy Gun Breaks Into Bank to Get her Own Money for Sister’s Cancer Treatment 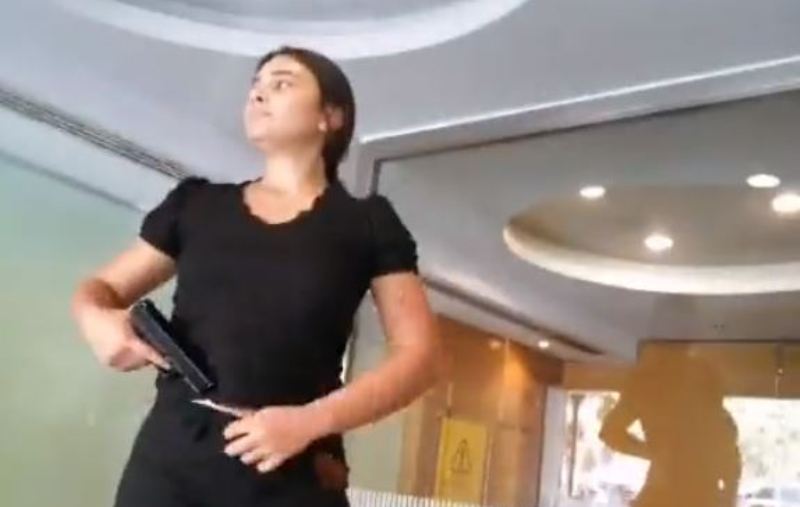 In a shocking incident, a woman in Lebanon broke into a bank with a toy gun to get access to her own money for her sister’s cancer treatment. Reportedly, the woman in question stormed into the bank to access her own $13,000 that she needed for the alleged treatment. It should be noted that in Lebanon, withdrawals are limited to $200-$400 due to the country’s ongoing economic crisis.

While the decision taken by the woman may sound extraordinary and unnecessary, she claims that her circumstances forced her to do so. In her interview, Sali Hafez said that she had repeatedly visited the bank and had requested the money for her sister’s cancer treatment. However, her requests were denied and she was told that she would only receive $200 per month.

Desperate times called for desperate measures. Seeing no other avenue, Sali took her nephew’s toy gun and stormed her bank. Sali and some more activists entered the bank branch and broke into the branch manager’s office. They demanded the employees to hand over $12,000 and $1,000 in Lebanese pound.

In her interview following the incident, Sali said that her $20,000 worth savings is trapped in the bank. She said that she had already sold valuable belongings and was considering selling her kidney for the sister’s treatment.

Contents hide
1. The Facts of the Matter
2. Woman Desperate for Own Savings Breaks Into Bank
3. Live Streaming the “Robbery”
4. “Begged for my money”
5. Similar Such Incidents Have Occurred in Lebanon

While economic situation in Pakistan and Sri Lanka is dire to say the least, several other Asian countries are also in an economic spiral. Lebanon is one such country where banks have imposed limits of citizen withdrawals of foreign currency from $200 to $400 in a month, since 2019. The move has trapped savings of millions of Lebanon citizens.

Woman Desperate for Own Savings Breaks Into Bank

Sali Hafez and activists from a group called Depositors’ Outcry entered the bank branch and went straight to the manager’s office. She also live-streamed the incident, and shared the same on her Facebook account. “I did not break into the bank to kill anyone or set the place on fire. I am here to get my rights,” she was heard saying.

It is being understood that Sali was not arrested for the incident. Moreover, she has become somewhat of a hero on social media, to act in dissent against the country’s government and its treatment towards its citizens.

“Begged for my money”

She also conducted an interview with Al Jadeed News where she claimed that the gun was a plastic one that she borrowed from her nephew. “I had begged the branch manager before for my money, and I told him my sister was dying, didn’t have much time left. I reached a point where I had nothing else to lose,” she was quoted saying in the interview.

Similar Such Incidents Have Occurred in Lebanon

The incident comes after several similar instances of desperate citizen taking banks into a hostage-like situation to free their savings. Earlier last month, a man called Bassam al-Sheikh Hussein entered a bank in a similar fashion because he wanted to access his own $35,000 to pay for his father’s treatment.