This police cop from Rajasthan has gone an extra mile to establish a school for underprivileged children. He takes out the time of his busy schedule as a police constable and invests time in educating those, for whom, school education is still a privilege.

India may be a developing country, but the country’s education system is still struggling through capitalism. For many underprivileged children, going to school sounds like a luxury. They don’t have enough money to pay hefty fees, followed by several expenditures including travel, food, uniform, books, stationery and everything that follows.

A child must go to school and those who don’t fail to understand the value of education in life. As a result, they might end up falling in a pit of crime or choosing the short-cut methods to make their living.

However, a Police Constable from the Churu District of Rajasthan, Dharamveer Jakhar understood the severity of the nation. After seeing such underprivileged children begging on the streets near the police lines in the district, he decided to change things around in the neighbourhood.

Dharamveer started teaching such kids in a nearby slum. Soon, everyone in the neighbourhood knew about his initiative and children from nearby slums started to attend his classes. After a while, he was able to establish a school ‘Apni Pathshala’ with his efforts towards imparting primary education to such children.

While there is no government school in the locality for kids, Dharamveer feels that with a combined effort of the community, the void can be filled. Dharamveer is of the view that with the right education, every kid can be given a bright future and that no kid should be denied basic education.

In conversation with The Logical Indian, Dharamveer shares, “There were hardly 4 to 5 kids when I started teaching in their locality. These kids do not hail from privileged backgrounds and hence they need to be motivated often to keep coming back to school. Providing them with essentials was one of the most important things as it triggered them to keep coming to school. I spent my savings to cover the expenses when I initially started it. Although, since the school has expanded, it has become difficult to fulfil the minimal requirements of every child.”

Dharamveer’s started the campaign with only 5 students in 2016 and now his schools have over 450 attendees and run in a small old building. Dharamveer’s noble campaign was further joined by three female constables’ colleagues, who came forward to assist him in the cause. Further, the school has been expanded to class VII. Classes for students of different grades are conducted separately.

From Students to Families

The kids who are Dharamveer’s students collect garbage or work as cleaners at different places. However, he ensures that they do not skip the school even for a single day, while they contribute towards their family income.

In the case of a student being absent from class on multiple occasions, then they communicate with the pupils family and help them get back to school for a regular class. Dharamveer ensures that through rigorous communications, the families could be made to understand the need for attaining education and how it will benefit them.

“It hurts me to see young kids begging on the streets and being denied their educational rights. Many of them are talented kids and learn new things quite fast. It seems unfair when they won’t get the chance to attend school. The journey of establishing this school would not have been possible without the support of my close friends and members who are constantly working on improving the day-to-day functioning. However, I have not received any support from the government till now. I feel that the authorities could play a pivotal role by helping such underprivileged kids, and it should come forward for contributing towards this cause.” Dharamveer said.

Just like a government school, students are provided with nutritional mid-day meals at the school and a van takes them from and drops them to their home. Apart from this, Dharamveer’s efforts have helped many brilliant kids get admission into private schools for completing their senior secondary education.

“The orphan kids have no one to look after, and I feel that it’s my responsibility to give them the right direction for a better future. I want to build a residential school for them so that they could reside and study there freely without facing any harsh situations that they daily encounter in slums. More government schools should be opened in remote areas so that every kid gets a chance to attend school. Education has the power to change the future of underprivileged kids, and we should work together as a society so that each child receives basic education,” said Dharamveer. 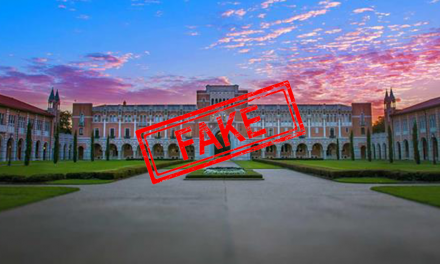 These 10 Universities ensure the highest package after graduation. Ready your passports.