Milind Soman, Malaika Arora Pose for a Fab Selfie from Supermodel of the Year 2 Sets 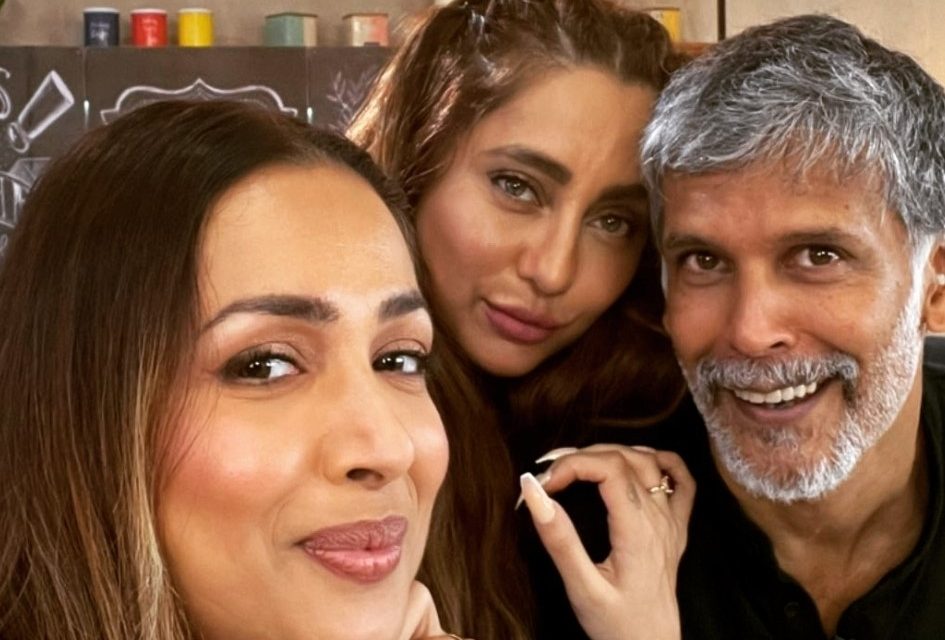 Milind Soman, Malaika Arora, and Anusha Dandekar posed for a fabulous selfie from the sets of Supermodel of the Year 2. Owing to the show’s success, the producers have chosen to bring back a fresh season, which will be judged by Bollywood celebrities Malaika Arora, Milind Soman, and Anusha Dandekar. This year, Masaba Gupta and Ujjwala Raut will not feature in the show.

Contents hide
1. Details
2. Battle for Supermodel of the Year 2 is Fierce This Year: Milind Soman
3. Anusha Dandekar Shared on Her Social Media Handle
4. The Second Series Will Be a Pictorial Pleasure: Malaika Arora

MTV Supermodel of The Year season 2 premieres on MTV India on August 22nd at 7 p.m. Another breathtaking teaser of Supermodel of The Year season 2 is now available on the channel’s web page. It unexpectedly reveals everyone to the three judges and contestants, with the tagline “Your height, shape, color, and age don’t define where you progress in life, but your conviction does. So accept your real self and be #UnapologeticallyYou.”

The series involves dialogues about stereotypes and confronts preexisting beliefs about an individual and their decisions, under the concept #UnapologeticallyYou.

The three judges unveiled the comeback of the show to MTV on their individual social media profiles.

Battle for Supermodel of the Year 2 is Fierce This Year: Milind Soman

Milind Soman captioned the photo on Instagram, “Selfie session on the stages with my beloved judges Malaika Arora and Anusha Dandekar.” He also indicated that the battle for Supermodel of The Year is fierce this year, writing, “It’s certainly to be a challenging task for us to select who’ll be Supermodel of the year.”

“Becoming a supermodel is really all about placing your best foot forward and accepting everything that is undeniably you. We have seen that take to life in the first series of the show, and we were surprised by each contestant’s faith, elegance, and ease. With the ever-changing fashion world offering new concepts and styles, it will be exciting to watch how today’s ladies walk out and set an example.”

This season, the stakes will be greater.

Anusha Dandekar considers that beauty and fashion are much more than fashionable apparel and a spotless face. She wrote-

“It may be a great way to feel motivated and display the most real form of yourself. The fantastic aspect of fashion and beauty is that you can define yourself via your style and individuality and irrespective of where you hail from, and with ‘Supermodel of the Year,’ we aim to pursue the same mantra.”

The Second Series Will Be a Pictorial Pleasure: Malaika Arora

According to Malaika Arora-

“I’ve always been astonished by the persistence and determination that today’s women display and MTV Supermodel of the Year paves the way for such brilliant ladies to exhibit their originality in the best possible light. By the first series being an incredible rollercoaster for all of us, the second series is going to be even more spectacular.”

As per the actress, the second series will be a pictorial pleasure for all the fashion followers.

For all those who are clueless, the first series was won by Manila Pradhan of Namchi (Sikkim). However, ‘Supermodel of the Year Season 2’ is set to launch on MTV in August.