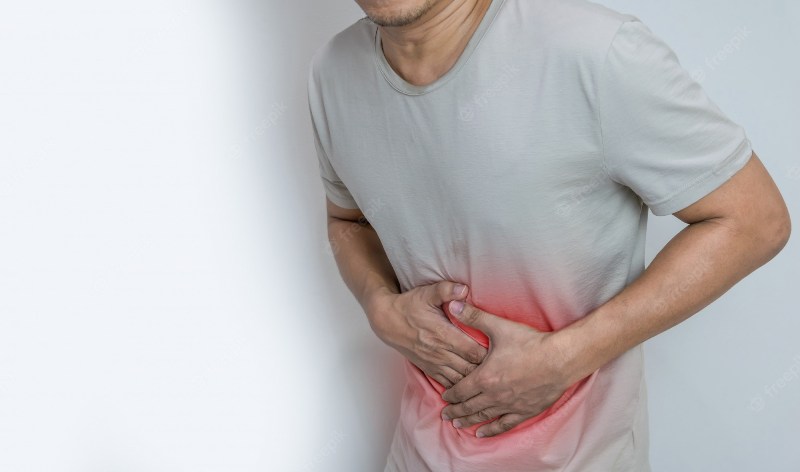 In an incident that can truly be summated with ‘omg’, a group of doctors recently removed an entire seven-and-a-half inches long bottle of deodorant from the stomach of a 27-year-old man. The incident was reported from the Burdwan Medical College Hospital where the patient had gotten admitted at. According to reports, the patient had gotten admitted to the hospital after experiencing severe abdominal pain.

The 27-year-old patient, whose name has not been revealed due to confidentiality, hails from South 24 Parganas’s Patharpratima block. The man had visited the hospital and was operated on. Although the surgery was successful and the man is keeping well, he will be under seven-day observation.

According to reports, the patient had come to the hospital’s emergency department earlier this week on Wednesday with severe abdominal pain. The doctors at the hospital decided to run some tests and were shocked to find an entire bottle like figure stuck in the man’s insides.

After the cause of the pain revealed itself, the doctors decided to waste no time and scheduled him for a surgery. The two-hour long surgery involved getting the 7.5 inches bottle out of the man’s stomach and also fixing the man’s esophagus which were damaged.

Earlier this month, we also reported about a similar incident where a 15-year-old had gotten a USB cable stuck in his private parts.

Doctors are God-sent when it comes to removal of dangerous objects that somehow make it in our bodies. From removing bullets, to removing microscopic shards of glasses, surgeons give people another lease at life which they would not have fifty-years ago.

However, there are times when doctors are forced to remove some strange objects from one’s bodies. In one such incident, a 27-year-old man from West Bengal was recently operated on by a group of doctors, who removed 7.5 inches long deodorant bottle that was stuck in his stomach.

According to reports, the patient hails from South 24 Parganas and got successfully operated at the Burdwan Medical College Hospital earlier last week. The 27-year-old came to the emergency department of the hospital with severe abdominal pain.

Seeing the extent of the man’s pain, the doctors decided to run some tests on him. It was the X-Ray results that shocked the doctors. The X-Ray tests showed an entire bottle-like object stuck in the man’s insides. The object was approximately seven-and-a-half inches long.

The object had settled in a peculiar way which could have injured his insides. Wasting no further time, the doctors admitted the patient and scheduled a surgery. The surgery took two hours to complete where the doctors successfully removed the deodorant bottle. Further, they also fixed his esophagus that had gotten damaged.

Deodorant Got into Stomach Through Rectum

In a News18 report, Dr Arindam Ghosh mentioned that the bottle of deodorant entered the man’s system through the rectum almost 20 days back. The 27-year-old man since then had been having problems with defecating and the condition was worsening every passing day.

A News18 report further carried the family’s statement regarding the successful operation. “We are happy with the treatment provided by the hospital. Government hospitals usually delay the process. But they were very prompt,” the patient’s family stated.