These are basic rights of a consumer as per the New Consumer Protection Bill, 2019. 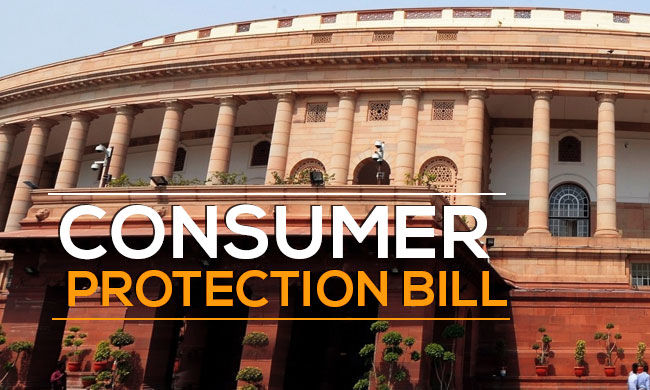 The Upper house of Parliament, Rajya Sabha recently passed “Consumer Protection Bill, 2019”. The bill is aimed at establishing effective administration of authorities. The Consumer Protection Authorities set up under the act will provide timely solutions to consumer problems & disputes.

The bill has already been passed by Lok Sabha, the lower house of parliament on 30th July 2019. This bill is going to replace the old Consumer Protection Act, 1986 once it receives the assent from the President of India. The new act will have various improvisation in terms of provisions & rules that were not part of the former act. A consumer protection act is focused on providing rights to the consumer of a product or service. It aims to strengthen consumer rights. It also provides a streamlined mechanism which addresses complaints with regards to defects in goods or deficiency in services.

However, in spite of already having a consumer protection act in the nation, many of us were not even aware of the basic consumer rights we had. So, here is a comprehensive list of basic rights that we all have as a consumer.

If a consumer receives a defected product or a deficient service, then they can lodge a complaint in this regard to obtain the requisite compensation for the loss borne by the consumer. A complaint can be filed against anyone including the manufacturer, re-seller, wholesaler, online trader etc.

3. Right to Protection of Consumer as One

There is no discrimination for the consumer on the basis commercial scale or kind of product or service. Any consumer who has grief can lodge a complaint to any of these authorities including The District Collector or The Commissioner of Regional Office, or The Central Consumer Protection Authority. The complaints shall be treated in the same manner by every authority for every grieved consumer.

The new law incorporates the digital part of the industry as well. Now, the hearing of any case filed by a consumer can be conducted on a video conference as well. The hearing shall be conducted by the district commission. The affidavit and documentary evidence placed before the commissioner shall form the base for the hearing.

Sometimes, the complaint is denied by the authorities in case the designated official is of the opinion that the complaint has no base or is illegitimate. The new act has empowered the consumer with the right to ask the officials for the reason for the denial.

Further, the commission cannot reject a complaint without giving the consumer an opportunity of being heard. Also, the decision has to be taken within 21 days of a consumer filing the complaint. If the commission has a settlement proposal to offer, then it can direct both the parties (Consume and the Compliant) to give their consent to the same or otherwise have the dispute settled through mediation.

So, be aware of the powers that you have as a consumer and stay alert of the fraudsters. Happy Shopping.