“Wikipedia is No Longer a Trustworthy Source”: Larry Sanger, Co-founder of the Website reveals the Conspiracy 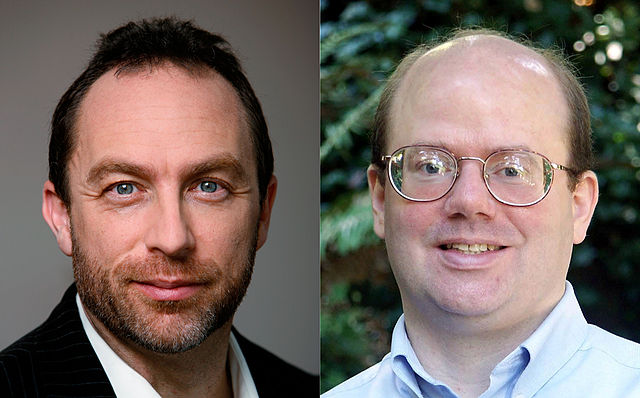 Wikipedia’s Co-founder Larry Sanger on Friday said that, “Wikipedia is no longer a trustworthy source” as he spilled the conspiracy about Wikipedia, in terms of compiling the authentic information. It now has a strong influence of Left media and Larry says that he no longer trusted the site that he had created.

In an interview with Freddie Sayers on Lockdown TV, the Wikipedia founder said that the world’s fifth-largest website could not be trusted for a holistic view since it was written and monitored by paid writers who made it ‘extremely biased’.

Contents hide
1. The Reason Behind Larry’s Statement
2. Influence of Left media on Wikipedia
3. Major Cited Potholes
4. Wikipedia: Another Left-Leaning Media House
5. Writers and Editors of Wikipedia
6. Conclusion of the Statement

The Reason Behind Larry’s Statement

Larry Sanger has said that nobody should rely on the crowd-sourced online encyclopedia as it is run by left-leaning active volunteers. He said that the sire is no longer accurately stated as it does allow content that does not fit the agenda of leftists, and therefore people can not get a complete view on the topics.

Influence of Left media on Wikipedia

Larry stated specific reference to US politics and the COVID-19 pandemic, he detailed that Wikipedia was simply broadcasting the view of various high-end establishments such as the WHO, or the World Economic Forum. In this process, the ideas put out by Right-wing media were simply being cancelled or banned from citations and publication.

Stating this he said that-

“You can’t cite the Daily Mail at all. You can’t cite Fox News on socio-political issues either. It’s banned. So what does that mean? It means that if a controversy does not appear in the mainstream centre-Left media, then it’s not going to appear on Wikipedia.”

In terms of an already cited article he said that the Biden article has very little by way of the concerns that Republicans have had about him. So, if in any case a user wants to know about Biden from a Republican point of view, then they might find it hard to extract the essential information from the article.

Larry Sanger said that Wikipedia’s coverage of Covid-19 is also very biased, as they just replicate the view of the World Economic Council or World Economic Forum, the World Health Organisation, the CDC and various other establishments’ pieces like Anthony Fauci.

Larry said that Wikipedia has become just like any other left-leaning media house. Sanger said that-

“There are a lot of people who would be highly motivated to go in and make the article more politically neutral but they’re not allowed to.”

“If only one version of the facts is allowed then that gives a huge incentive to wealthy and powerful people to seize control of things like Wikipedia in order to shore up their power. And they do that.”

Writers and Editors of Wikipedia

He further informed that there are now big companies like Wiki PR that appoint people to write on Wikipedia, but such writers and editors don’t reveal that they are associated with such companies.

People are spending to money to make changes to Wikipedia articles because there’s a very big, and chaotic complex game being plotted behind the scenes to make the article say what somebody wants them to say.

Conclusion of the Statement

Throwing major light on the ‘propaganda’ on the site, Larry Sanger said that maintaining a neutral feedback was most important for information. In the conclusion he made a statement that-

“We are free individuals who want to make up our own minds.”